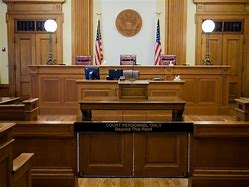 The use of competent federal court interpreters in proceedings involving speakers of languages other than English is critical to ensure that justice is carried out fairly for defendants and other stakeholders. The Court Interpreters Act, 28 U.S.C. §1827 provides that the Director of the Administrative Office of the United States Courts shall prescribe, determine, and certify the qualifications of persons who may serve as certified interpreters, when the Director considers certification of interpreters to be merited, for the hearing impaired (whether or not also speech impaired) and persons who speak only or primarily a language other than the English language, in judicial proceedings instituted by the United States.

Certified interpreters Spanish Translations USA Certified interpreters have passed the Administrative Office certification examination.The Administrative Office’s Spanish-English Federal Court Interpreter Certification Examination is administered in two phases. Candidates must pass the written exam in order to qualify to take an oral examination. The oral examination measures a candidate’s ability to accurately perform simultaneous as well as consecutive interpretation and sight translations as encountered in the federal courts.An Interpreter who does not qualify as a professionally qualified interpreter, but who can demonstrate to the satisfaction of the court the ability to interpret court proceedings from English to a designated language and from that language into English, will be classified as a language skilled/ad hoc interpreter. Certified and professionally qualified interpreters are paid at a higher rate than language skilled/ad hoc interpreters.